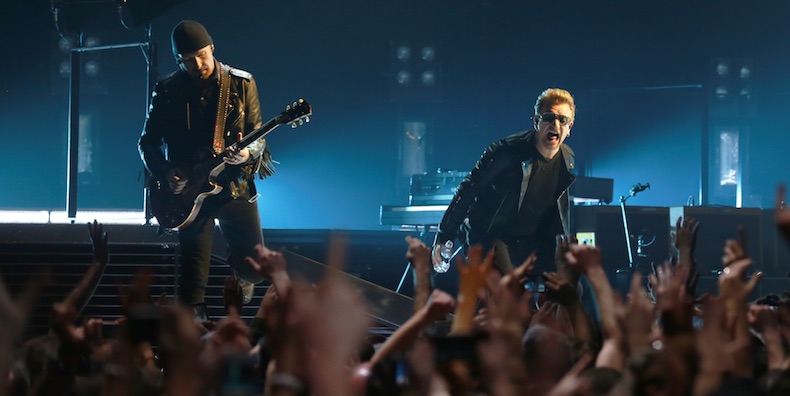 Beatstreet NYC spent early 2016 hosting the mix of U2‘s  iNNOCENCE + eXPERIENCE – Live In Paris. Engineer Carl Glanville took up residence in our surround suite to mix the concert film for DVD, Blu-Ray, and digital download. The film captures the band’s two Paris performances that took place in December. The shows were initially set to take place in November, but were rescheduled due to the Paris terrorist attack. Watch a trailer below, and find the tracklist here.